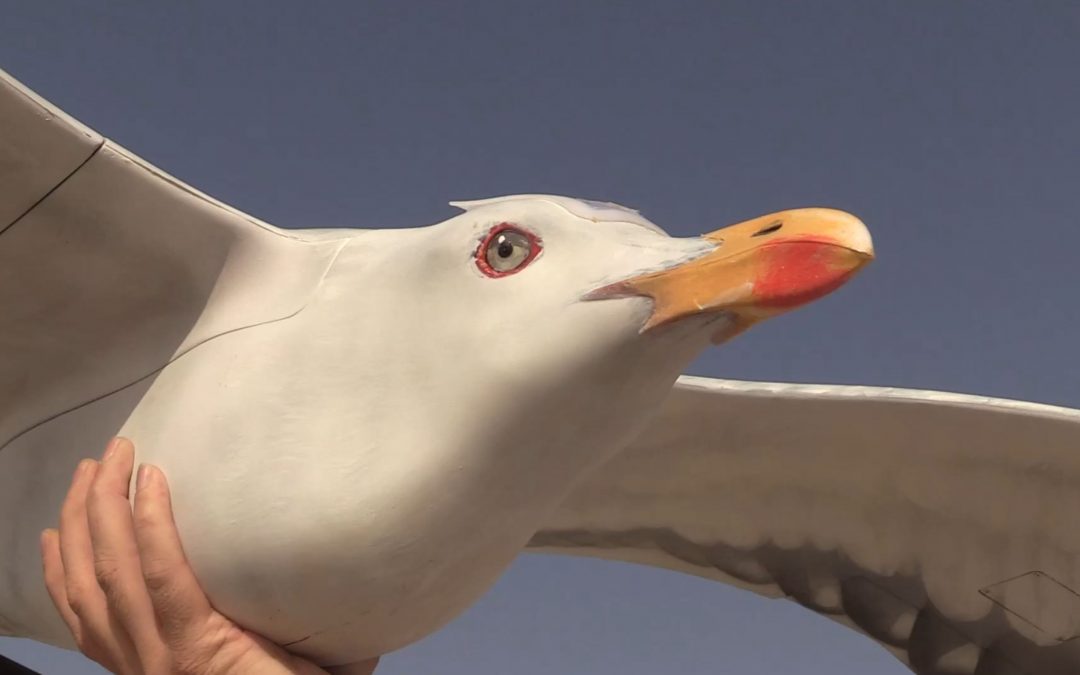 Hiding in plain sight: that is the hallmark of AVES Series 1.

The Drone Bird Company is a world champion in building drone birds. After 30 years of research and development of various fixed-wing and flapping-wing drone birds, the company is excited to announce the newest addition to their fleet – the AVES Series 1 surveillance and reconnaissance drone. AVES is the first professional, unobtrusive drone bird in the world – indistinguishable from a real bird.

This fixed-wing drone bird was developed with nature in mind – closely modelled after its living counterpart to offer the most unobtrusive option for surveillance, reconnaissance, and monitoring available. This is because it is virtually undetectable by both humans and animals. The design closely resembles the real thing, and there are no noisy propellers or moving parts to draw attention. It features real-time telemetry, interchangeable sensor modules, and a high degree of autonomy.

In 2020, The Drone Bird Company will launch AVES first in two countries for use in unobtrusive surveillance for border control and covert intelligence gathering. In 2021 they will bring a steppe eagle model to African national parks for use in anti-poaching activities.

Various Sizes and Models
The silhouette of the AVES can be fitted to species common to the geographical area of operations, so that it completely blends into the environment. Depending on the operations and the chosen species, specifications can differ to represent the actual bird as accurately as possible. Wing-spans of AVES models can be up to 2.5 m. Each variant can be equipped with day and nighttime infrared cameras and various other sensors.

About The Drone Bird Company
The Drone Bird Company, formerly known as Clear Flight Solutions BV, is a world champion in building drone birds. The company headquarters is settled in the high-tech Twente region in The Netherlands — ranked the number four most innovative country in the world. Together with the Robotics and Mechatronics group of the prestigious University of Twente, the company produced the world’s first professional flapping-wing robotic falcon used for bird control. The team spent over 30 years of research to develop their drone birds, and focus on different application and market domains, including:

We love Technology. We love Birds. We combined them in one solution.
The Drone Bird Company.