No More Birds for this Swiss Village! 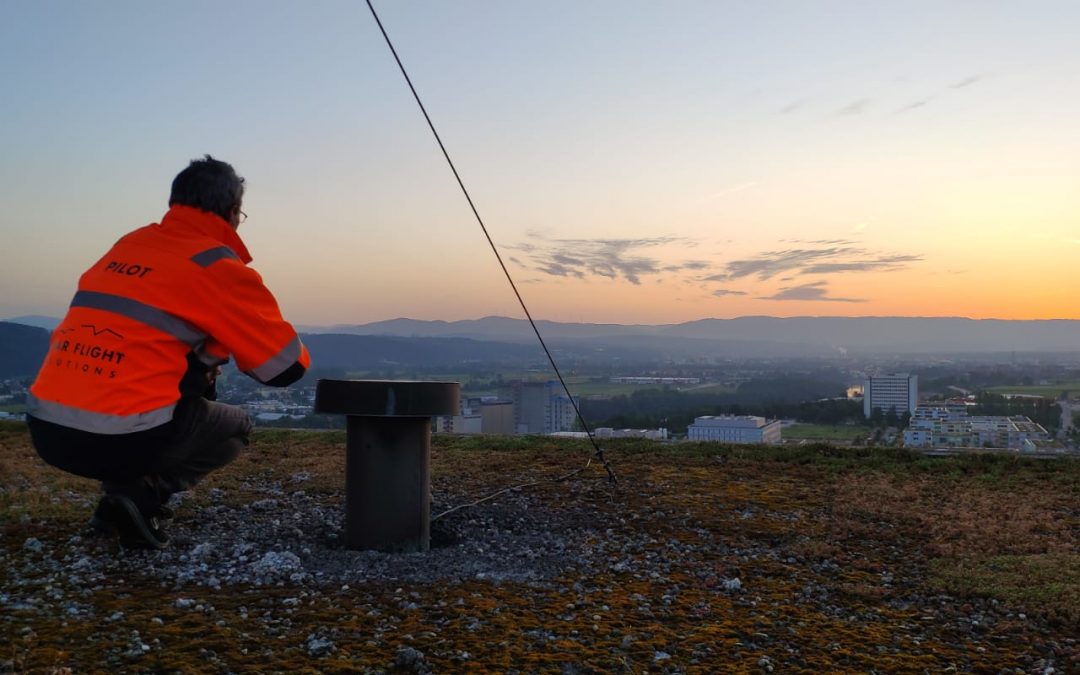 More than a month after The Drone Bird Company removed over two-thirds of the crows in this small community, residents are amazed they still have not returned.

Kaiseraugst is in the North of Switzerland on the Rhine River, and is famous for the nearby ancient Roman excavation site, Augusta Raurica. The village also used to have a serious crow problem, with about 250 of them plaguing the Liebrüti neighborhood. In fact, there were so many that residents could not sleep when the pests began squawking early in the morning. The same thing happened in the late evening, making it a challenge to fall asleep.

The community tried many methods of bird removal, but nothing truly worked. Often the crows were completely unresponsive to their attempts. When they discovered that even introducing a live hawk was ineffective, they knew they had to do something more. Thereafter The Drone Bird Company team received a request to rid the village of the nuisance.

The Drone Bird Company and its Swiss partner, Eagle-Eye Multicopter Service, GmbH, then began a three-week trial. After just one week, the bulk of the crow population left the area. Now, more than a month later, residents happily report that it is still much calmer. Nearly all remaining crows are gone. The few that remain are no longer problematic, because they stay away from the residential areas. Instead, they resettled in the nearby forest, where their noise doesn’t disturb residents.

Locals are very pleased with the results, and look forward to working with the companies  again in the future, should the need arise. The team will periodically check back with partners who monitor the area.

The day was captured on local news here.

Want to find out if The Drone Bird Company can solve your bird problem too? We offer sales in Europe and Asia, and a full wildlife management service worldwide. For more information, please contact our team at info@thedronebird.com or submit an inquiry. Contact Eagle-Eye Multicopter Service, GmbH here.