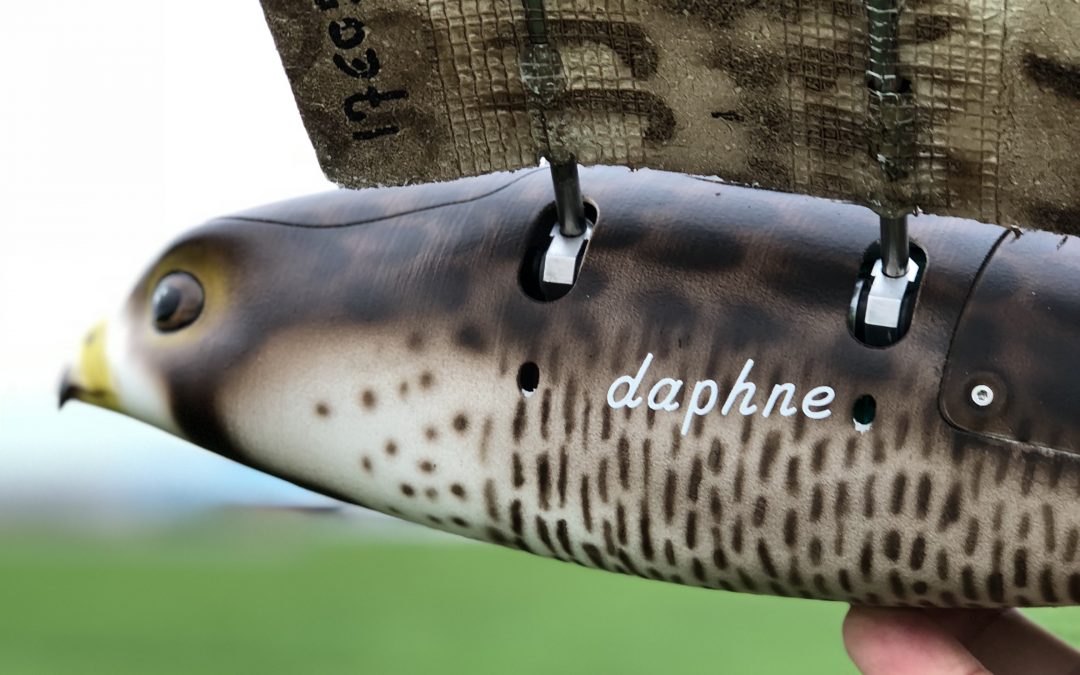 2018 and 2019 have been exciting years for The Drone Bird Company team. The company reached greater heights with achieving goals with partners and clients, demonstrating the technology, and working on a global scale.

Most notably, The Drone Bird Company was flown in presentations near heavy, low-flying air traffic near Grand Forks International Airport (GFK), in North Dakota (home to one of the largest flight schools in the US), and between two active runways at Chicago O’Hare International Airport (the busiest airport in the US in 2018) – further proving the safety and reliability of this technology.

2018 also marked the beginning of resumed operations at Edmonton International Airport (YEG), which continued into 2019. The results of this project and others, as well as an ongoing study, give a greater understanding of the effectiveness of our wildlife management methodology.

2019 has also been a dynamic year for The Drone Bird Company so far. In January, the long-awaited release of the popular military action film Uri: The Surgical Strike was released in India, in which The Drone Bird Company was also featured. In February, The Drone Bird Company Pilots completed a trial project, hazing starlings in Normandy, France. Further, the capabilities of the UAV have been presented in Switzerland on multiple occasions with out Swiss partners, Eagle Eye Solutions.

The rest of this year brings new and exciting challenges to meet, and The Drone Bird Company plans to build upon the achievement of the previous two years – working toward expanding operations in North America, Europe, and Asia, and attending more conferences and exhibitions. Meanwhile the company’s R&D Engineers and Pilots work diligently to develop, test, and train on existing and new technology. With this hard work and tenacity, The Drone Bird Company hopes to continue to see a positive impact and further growth moving forward.

To learn more, please contact us at info@thedronebird.com or by individual found here: